Blog: Why "Explicit Warning" Was Added to My Album Information

Alright, ya'll...let's talk about it.

So if you look closely at my album cover for Prayers of The Streets (bottom right corner)...you'll see a Parental Advisory sticker. Also, when you play this album on your favorite music player, you'll see fine print near the title that says EXPLICIT CONTENT. This was an intentional decision that I had to make when publishing this album. 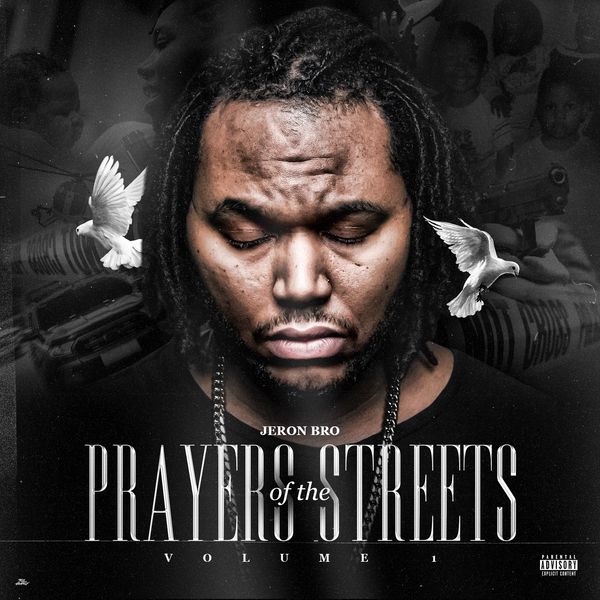 So some time in June, I received an email stating my "street worship" album raised some concerns with music platforms. I guess, after listening, maybe seeing the gun on the cover, they said "what kind of worship album is this!?"

At first, I did a little huffing and puffing, wondering why they were trying to hold me back! The album was already delayed. I got so frustrated, I first released the album for free on YouTube just to respond to everything going on. Plus, it was NOT my goal to have my album in a category with Cardi B and Meg Thee Stallion when the album was published, though I know God can use that publicity. Not to mention, I don't use profanity whatsoever throughout the album, so I misunderstood what "explicit" meant. Then, I realized...the experiences I describe through music may be a reality for me and my circle, but they aren't normal for majority culture...or majority church culture. My lyrics about suicide, gun violence and drug abuse can be jarring and even traumatic. I remembered, that when I played rough drafts of the album around my children, I skipped songs.

Eventually, I agreed that this album was an "explicit content" worship album, but it raises some questions about worship, faith and those like us. The lives that many of us in black communities have lived are considered "explicit". What does this say about the sermons, worship communities, prayers and worship experiences that those like us require? If my album is in the explicit category, should Jesus and the bible be, given they speak on violence, death and trauma? How is it that a worship album, that reflects real experiences, would be jarring in a church? What does this say about church culture, that even in communities closely related to the album's topics, it's not normalized to deal with trauma through worship? Are trauma and regular Christian life two different categories?

These are the types of questions I'm glad are raised by this album which says: no matter how dysfunctional your life is, God hears your voice. There are prayers, songs and promises for you. Jesus says:

"Come to me, all who are burdened and heavy laden, and I will give you rest."